In an earlier post, I wrote how I found a batch of hourglass blocks with no specific plan in mind, not that I could tell anyway.  I ended up making two table runners with two different layouts. 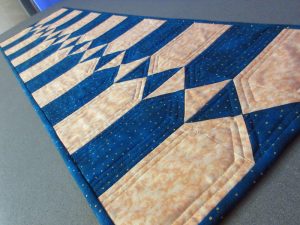 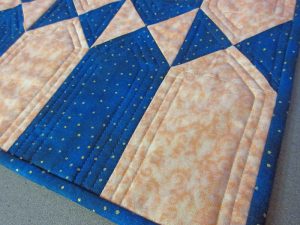 In the other layout, the hourglass blocks are more obvious, and it gives the runner a more blocky design.  Again, I simply quilted straight lines, echoing around the pieces. 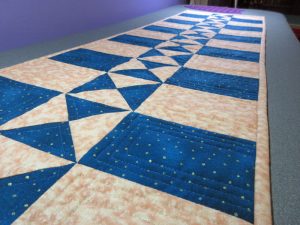 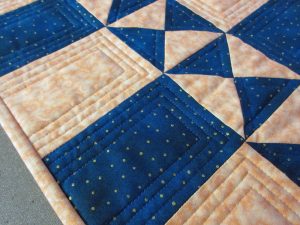 And they are done!  A mystery UFO no longer.

And while I was in the quilting mood, I found this top that needed to be quilted.  Not much quilting here, I just stitches around the leaves.  So, three runners done! 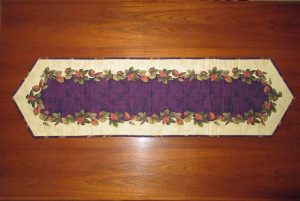 Binding is also complete on all three runners, so I would say this was a productive couple of weeks.

What will I dig into next week?  See you then.