So, my two new patterns are in the process of being tested.  Yay!

Now I finally have time to catch up on some work with Deb Tucker’s new tools.  As a Studio 180 Design Certified Instructor, I need to learn and keep on top of all the latest and greatest tools and technique sheets from the company.  This week I’ve been playing with the Wedge Star tool, which was released at Spring Quilt Market in 2019.  Yes, I know I’m behind, but I was so busy teaching and lecturing this past year and a half that I didn’t have time to play.  Thanks to The Great Shutdown, I’ll be playing a lot in the next few weeks.

Here’s the Wedge Star tool, which is designed to make kaleidoscope blocks, wedge blocks, and so much more.  And, as always with Deb Tucker’s tools, the tool has multiple size options, from 3-inch finished up to 24-inch finished blocks. 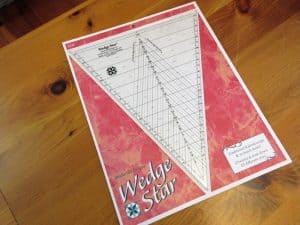 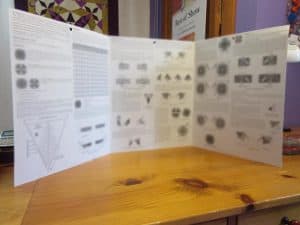 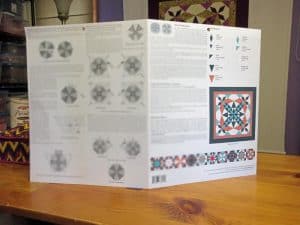 Actually, it’s not so bad.  Included with all the pictures and diagrams are directions to make three – yes, three – different types of blocks.  More design possibilities, more bang for your buck.

Let’s start with the Wedge Star Block.  Following the Cutting Chart and the directions, you’ll cut diamonds and triangles and sew them together to create wedges. 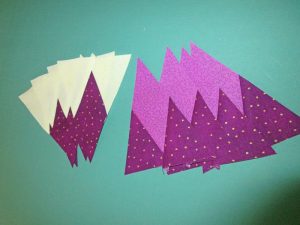 After trimming, sewing, trimming again, and sewing again, the wedges become halves of the block. 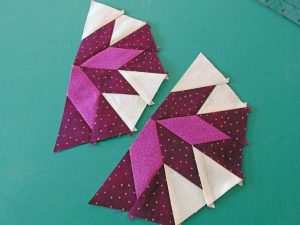 The two halves make one block, then corners are added to square it off.  Look at those perfect points in the center of the block! Wow! 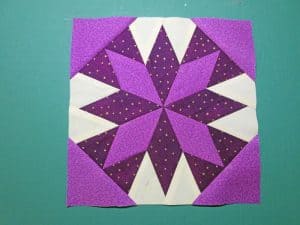 The Wedge Block is simpler.  Again, following the Cutting Chart and directions, you’ll cut triangles to be used as wedges.  Wedges are sewn together to create halves, halves are sewn to create the block, then corners are added to square off the block. 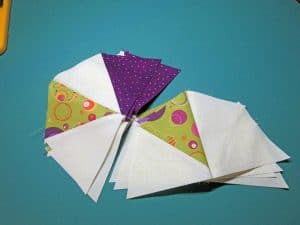 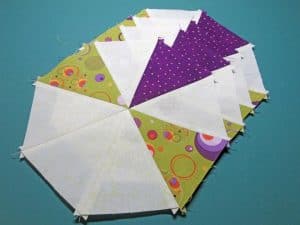 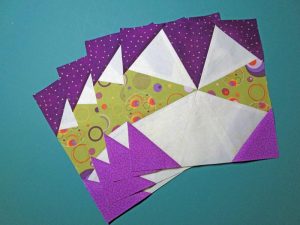 The third variation is the Mixed Wedge Block.  You can use any combination of plain wedges and diamond wedges to create more designs.  The breakdown looks like this:  Following the Cutting Chart and directions, you’ll cut diamonds and triangles and sew them together to create wedges. 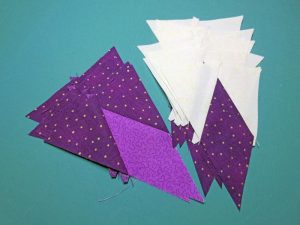 The wedges are trimmed to an exact size. 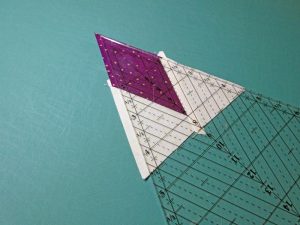 A plain wedge and a diamond wedge are sewn together to create one-quarter of the block.  The quarter-block is then trimmed to make the corner exactly 90 degrees. 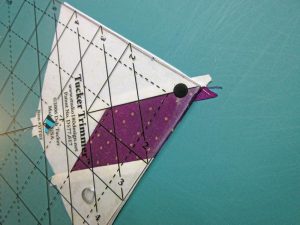 Two quarters are sewn together to create a half, and the two halves are sewn to create the 8-sided block.  I pressed the seams open to distribute the bulk at the center of the block. 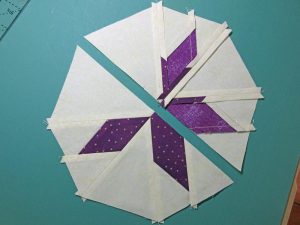 The 8-sided block is trimmed at the four wedges where the corners will be added. 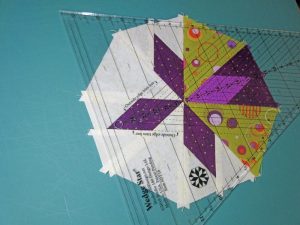 The four corners are added to square off the octagon. 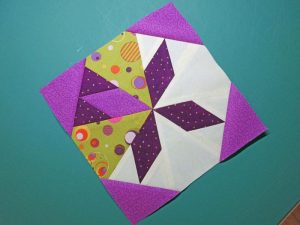 Then the completed block is trimmed to an exact size and to make it perfectly square. 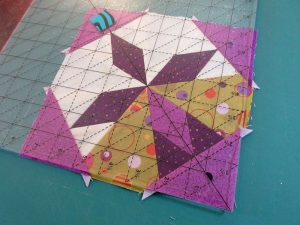 OMG!  So much trimming!  But that’s what makes the block perfect in the end – sew the pieces oversized, and trim to create the correct fit at every step.

Now that I’ve made all three types of blocks, I can put together the Freelancer quilt according to the free pattern included at the end of the directions. 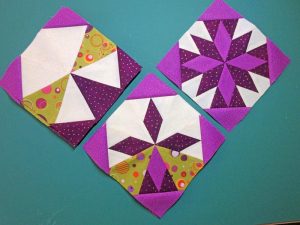 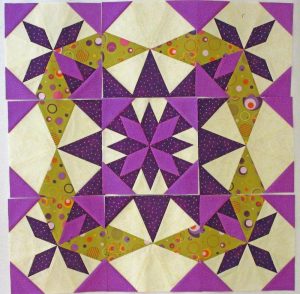 Add a couple of borders, and I’m done!  How cool is that? 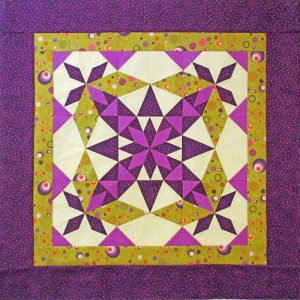